The main controversy, in this case, revolved around the defendants adopting a trade dress that was identical to that of the plaintiffs. Infringement of registered mark was also alleged by the plaintiffs.

According to International Trademark Association, “trade dress is the overall commercial image (look and feel) of a product or service that indicates or identifies the source of the product or service and distinguishes it from those of others. It may include the design or configuration of a product; the labeling and packaging of goods; and/or the décor or environment in which services are provided. Trade dress can consist of such elements as size, shape, color, and texture, to the extent such elements are not functional”.

Brief Facts of the Case

The plaintiff also claims to be the registered owner of the trade dress in which they market their product including the design, colour, shape and overall appearance of the container. The plaintiffs claim the design to be an ‘original artistic work’ and claims protection under section 2(c) of Copyrights Act, 1957 which defines ‘artistic work’ as:-

(i) a painting, a sculpture, a drawing (including a diagram, map, chart or plan), an engraving or a photograph, whether or not any such work possesses artistic quality;

(iii) any other work of artistic craftsmanship;

On the basis of the above-mentioned statements, the plaintiffs prayed for a permanent injunction against the defendants and also sought damages and compensation.

The contentions of the Parties

The defendants denied the charges in their written and also by way of oral arguments. The main argument advanced by the defendants was that the disputed mark ‘Activ’ was not used as an independent mark but as a combination with the mark ‘Castrol’. They also argued that the disputed mark ‘Activ’ was a take on the word ‘Active’ which is a common English word and hence cannot be trademarked or be used exclusively.

During the course of the trial, plaintiff’s witness deposed that the plaintiffs were first to adopt the mark ‘Castrol Activ’ and were using for last several years. He also mentioned that a significant amount of money was spent on advertising and other expenses related to the product. Revenue and expenditure reports of the company were enough to prove the point that was raised.

Two witnesses were produced by the defendants, who deposed that they had no intention to pass off their goods as that of the plaintiff nor were they trying to infringe on the plaintiff’s mark. They also stated that the mark ‘Lumax Active’ was adopted without any mala-fide intention. They also said that their mark was used as a combination of the two words ‘Lumax Active’. The word ‘Active’, as per their statement, was a dictionary word and accordingly, a monopoly cannot be claimed on it.

Analysis of the Court

While deciding the issue regarding the use of the mark ‘Active’, the court opined that:-

“The respective trademarks CASTROL of the Plaintiff and LUMAX of the Defendant are completely different. ‘ACTIVE’ is a common dictionary word. One of its definitions is ‘Moving or tending to move about vigorously or frequently’. The product in respect of which it is used by both the plaintiff and the defendants is lubrication oil. The purpose of a lubricant is to reduce friction and consequent generation of heat at the time running of the motor. No one can claim a monopoly on the word ACTIVE per se.”

However, on comparing the containers of both the products, the court came to the conclusion that the colour scheme, design, style and the container in itself were deceptively similar to that of the plaintiff. As per the court, the trademark of the defendants and their trade dress were adopted to infringe the mark of the plaintiff and to take undue advantage of the popularity and trust enjoyed by them.

This judgement is unique in many ways. The court expressed two distinct opinions, on the issue regarding the use trademark ‘Lumax Active’ the court in a way gave a benefit of doubt to the defendants. Their argument, that the plaintiff’s mark was a combination of two words, convinced the court. The learned Judge observed that no one can hold a monopoly on a common English word.

However, on comparing the containers it was proved beyond doubt that the only reason for adopting the mark ‘Lumax Active’ by the defendants was to fool the public and infringe the rights of the plaintiff.

In a way, this case was an open and shut case but the defendants tried to steer in other direction. However, blatant infringement by the defendants convinced the Judge to pass an order swiftly in favour of the plaintiff.

Authored by Shivendra Mishra for MikeLegal 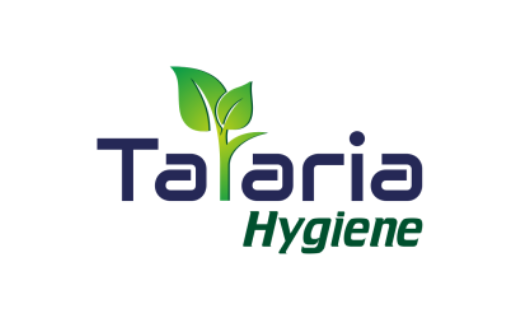