A Suit was filed by Dina Ramliani Ralte, wife (Plaintiff) of the late Parikrama band member Sonam Sherpa, against Shenpenn Khymsar & Anr (Defendant) who is stated to be director of the movie “Broken Wings”. An allegation was made by the wife of Sonam Sherpa that his works were used by another musician without consent or credit and a Delhi Court has prima facie found a case of Copyright infringement.

The late Musician’s wife, Dina Ramliani Ralte, alleged that her husband’s works were used in the film, which was set to be released on April 29, by the Defendant without consent or credit. The film had two songs, “Timro Mero” and “There She Goes” which was directed and sung by Sonam Sherpa which were incorporated in the movie without any authority or consent.

Sherpa, was a leading guitarist in the Indian music scene, was said to have been in touch with Defendant Khymsar. This can be known through correspondence over email with regards to the use of Sherpa’s songs in the film.

All the problems arose when her husband passed away. This gave an opportunity to the Defendant to say that Sherpa was never a part of the movie “Broken Wings”

Khymsar contended that in April 2018, he told Sherpa that he was planning to produce, direct and compose songs for Broken Wings, which was based on the Gorkhaland agitation. Sherpa was born in the Himalayan foothills of Kalimpong, which was the epicenter of the agitation, so he contended that purely out of friendship he was offered to be the music director of the film for absolutely no monetary or financial benefit.

The Defendant highlighted that there was no contract entered into by the two parties. He also stressed on a particular point that he had not used Sherpa’s composition in the film and on the contrary he said that he was the original author of the songs that were in dispute. He also stated that Sherpa’s wife didn’t have the right to claim any royalty on the songs such as “There She Goes” and “Timro Mero” according to Sections 18 and 19 of the Copyright Act, 1957.

According to Defendant, it is he who has composed and authored both the songs, developed the chord progressions, lyrics, melody etc and recorded the same. Mr. Sherpa being the Music Director was only asked to orchestrate the composed music and nothing more. It was stated that the song ‘there she goes’ was originally authored, composed and recorded by defendant in 2014 and the same was uploaded on the official channel of Monk and Warrior Productions on ‘youtube’ on 16.01.2015. The song titled ‘timro mero’ was originally authored, composed and recorded on 25.02.2018. It was stated that in the mail sent to Defendant by Mr. Sherpa, the song ‘there she goes’ was sent on 22.11.2018 and the song ‘timro mero’ was sent on 21.11.18 which clearly clinches the argument in favor of the defendant  as both the songs were originally recorded by him on much earlier dates. It was stated that Defendant is the sole owner of the songs and he had allowed Mr. Sherpa to add certain background music to the songs.

To this the Plaintiff replied that there was a deal made between Khymsar and the Producer with Sonam Sherpa that they would obtain license from him as he was the exclusive author and owner of the musical works as defined under Section 17 of the Copyright Act, 1957. There was also an allegation made by the Musician’s wife that there was no payment made by the Defendants to her husband. She came to know about the works of her husband when she came across a trailer of the film.

Musician’s wife said that her husband was already roped in the work of music since 2018. They also provided evidence such as the exchange of emails. This showed that they were working in a professional way. There was no requirement of entering a contract as per the Defendant.

Sherpa’s wife also produced an affidavit which included the analysis and technical findings done by Indian musician Tajdar Juniad on the point of similarity and dissimilarity between the track ‘Timro Mero’ filed by Khymsar during the proceedings, track sent by Sherpa’s wife to Khymsar by email and the video track of the song that was released on the Social Media in January 2021, which was incorporated in the movie.

It was found that the length of Khymsar’s track was 44 seconds and the track brought on record by Sherpa’s wife was 3:05 minutes long, while the video uploaded by Khymsar on social media was of 2:56 seconds. He observed that Sherpa’s track and the final track were substantially similar in the arrangement of snare drums, march bass beat, chord progression, string arrangement, song-structure and guitar solo and fills.

The only difference found in the final track was increased pitch and tempo compared to Sherpa’s track with a minor change, but without any new input and creativity or originality. A closer look at the musical note-sheets of Sherpa’s track and the final track showed them to be almost identical, it was submitted. It clearly shows that composition of music was of Mr. Sherpa and not the defendant which has been incorporated in the film. She also referred to the mail at page 47 dated 22.01.20 and stated that Mr. Sherpa was the author and composer of the music and had the first right.

She referred to the case of Super Cassettes industries Private Limited and Anr vs Nandi Chinni Kumar and Others,2020, to contend that Defendant has infringed the Plaintiff’s copyright without a valid license, consent, permission or assignment which fact is also evident from the report of the technical expert Mr. Tajdar Junaid. Ld. Counsel contended that if the Defendant is not stopped from doing this, the Plaintiff will be at substantial loss which cannot be compensated in terms of money and also stated that prima facie case exists in favor of Plaintiff. Balance of convenience  also lies in favor of the Plaintiff.Ld. Counsel stated that since the ilm songs have a limited lease of life and in the event, the Defendant is allowed to use the same by the time the trial comes to an end, he would have already exploited the questioned musical work to his full advantage to the detriment of the Plaintiff. Ld. Counsel also referred the case of Nagraj Manjule vs Nandi Chinni Kumar and Others,2020.

It is well settled law that in cases of infringement of copyright, normally an injunction must follow. Grant of injunction becomes necessary if it prima facie appears that the adoption was itself dishonest.

The Order was passed which reads as follows:

“Prima facie case exists in favor of the Plaintiff. Balance of convenience also lies in favor of Plaintiff as if the Defendant is allowed to use the same by the time trial comes to an end, he would exploit the musical works to his full advantage to the detriment of the Plaintiff.” Nothing mentioned herein above shall tantamount to be an expression of opinion on the merits of the case.

The Judge had properly clarified that if those two songs were deleted from the film “Broken Wings” then only it would be allowed to release the movie and the deadline was also given i.e till May 19, 2022.After considering the above analysis, the court noted that Khymsar had not placed any material to support his claim that the songs were his original work of music. 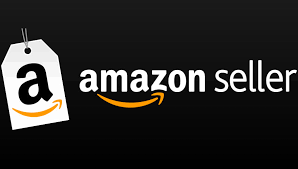 As Alexander Pope has rightly said, “To Err is Human”. Humans are prone to errors. However, these errors can be reduced by adopting technology and…